Save 8.5% on Universal Orlando Tickets

We have found a great deal on Universal Orlando tickets, which could save you up to 8.5%! Universal Orlando have just opened the new Diagon Alley area with brand new attractions themed to Harry Potter. Experience a wild 3D rollercoaster ride in Escape from Gringotts or take a trip on the Hogwarts Express to Hogsmeade, where you will encounter a dementor attack and much more. These are just some of the many Harry Potter themed attractions within the Universal Orlando Resort. You can also go on an exciting tour of New York with Spiderman or escape a T-Rex attack on the Jurassic Park ride.

Besides the amazing attractions at the resort, there are also many great restaurants on site. If you want a nice meal with the whole family, you can dine at the famous Three Broomsticks from the Harry Potter books. Or if you want to spend more time riding the rides, you could visit the Kwik-E-Mart from The Simpsons for a quick snack. These are just a few of the many dining options available at Universal Orlando.

Universal Studios Orlando have spared no expense at recreating the magical world of Harry Potter. This is one of the most anticipated additions to any theme park worldwide and is already breaking attendance records. The weather in Orlando is warm year-round making it a great escape from the cold winters of Europe. The best deals can be found if you purchase the 4-day 2-park Universal Orlando Tickets. This ticket will give you unlimited access to Universal Studios Orlando and Islands of Adventure for 4 consecutive days. By purchasing from Best of Orlando, you save 8.5% on the ticket price compared to if you were to book directly from Universal. These tickets are priced at $182.99 when buying from Best of Orlando, compared to $195.99 if purchased directly.

We recommend booking in advance to avoid price increases on your Universal Orlando tickets. You can typically find good deals from London to Orlando during the autumn and winter months, with many tour operators offering 2 week holidays for under £500 per person. Keep an eye on our Luxury Holidays page, as we will be posting more Florida deals in the coming weeks.

To book your tickets: Visit Best of Orlando

Previous post Shangri-La Hotel at The Shard, London 5* - £350 per night 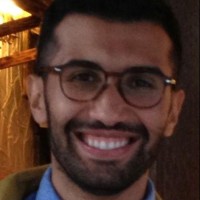